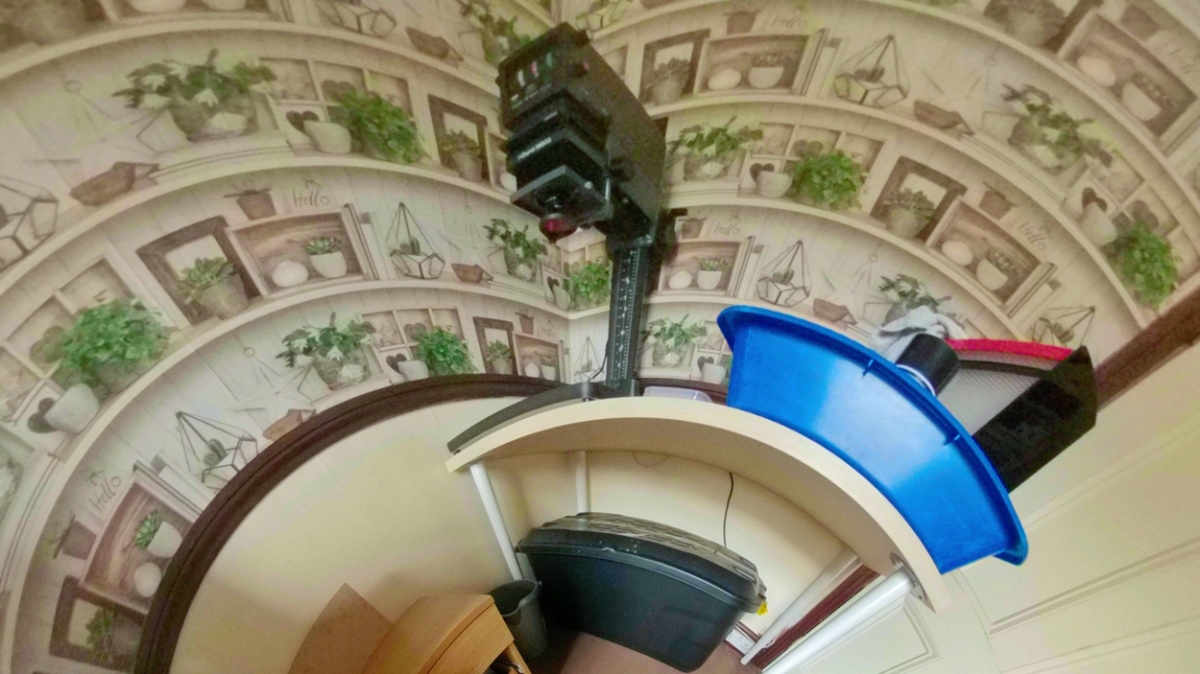 Yes, we’ve moved! Not the family you understand but me and my enlarger. Having had to close my previous darkroom so one of the older grandsons could have a bedroom I then set up a darkroom in the corner of the cellar last year and whilst I had some good sessions down there it was never a place I was keen to go. The last time I used it was February and that had been the maiden session for 2020. Once I received the instruction to isolate I thought that I might at least get some darkroom time but eleven weeks in and I’ve not been down there once.

The drawback is the need to set up and then pack everything away; the cellar is in daily use and just recently there have been more things to store as we have been doing one large shop every fortnight rather than smaller shops three or four times a week. It’s amazing how much extra space is needed for two weeks worth of groceries rather than the usual two or three days! It’s also uncomfortable. I’m over six foot tall and the ceiling is barely half an inch from my head. The floor joists are level with my forehead and the light fitting attacks my nose if I forget to duck. I’ve lost count of the number of times I’ve nearly knocked myself out!

Add to the physical constraints the difficulty of keeping developer at twenty degrees when the ambient temperature is a constant fourteen and the picture hopefully becomes clearer. Washing prints means a walk up some old, steep stone steps to the kitchen or if that is in use up to the first floor to use the bathroom. I’ve also lost count of the number of times someone has opened the cellar door forgetting I’m down there – fortunately only two prints have been spoilt this way.

So, after eleven weeks of endless opportunities and not having once been down those stone steps with a bucket of water (for holding prints until washing) it was time to take some action. One option would be to mothball the darkroom equipment again but given the number of rolls of film I’ve developed this year so far (over fifty B&W and 25 colour) that wasn’t very appealing. I have nothing against scanning, the so-called hybrid approach, but much prefer darkroom printing largely because of the sense of satisfaction it gives me. Selling the gear was not even an option but where was I going to put a darkroom in a house with very little spare space?

My study has two desks and computers (his and his – mine and another of my Grandson’s) so no space there.

A surprisingly quick negotiation with Senior Management and I had permission to move his desk and computer into the spare bedroom. He’s been doing his schoolwork there, ironically on my original darkroom table, so it made sense to put his computer and all his bits and pieces together with his “school” books. I’d moved everything within three hours of completing negotiations.

The next job was to create a black-out. Usually a simple job – visit to the DIY store, pick up what I need and home to sort the job out. But I’m “shielded” so that wasn’t going to happen even if I wanted to queue for hours to get into a DIY store. Wickes home delivery to the rescue and amazingly I managed to get delivery within 48 hours too. The materials arrived at two pm and by four-thirty I was testing how successful the job had been. Our house is over one hundred and fifty years old and there is not a right angle in the place. Windows are almost rectangular, door frames are rhomboid, you get the picture. I’ve still got a few niggly bits to sort out but to all intents and purposes I have a functioning space.

So, I now have my darkroom in the corner of my study (see picture above) and I’m now sat in the living room feeling very smug because less than a week after first starting the train of thought I have prints hanging to dry and I’ve just resolved a couple of teething problems with my new set-up so am ready for a “proper” session tomorrow.

The one big compromise I’ve had to make is in the way I process the prints. Since I first started printing I’ve always used open trays. Watching the image appear in the developer was what hooked me back in the 1970s and even now it’s not lost any of its impact. But, there is simply not enough space in my study for a proper wet-side. So, I’ve had to use the slot processor I impulse bought last year but have never used for various reasons. It was this that caused teething problems but they were quickly resolved and I’m now looking forward to being able to print a negative without having to schedule it up front and then spending forty-five minutes getting everything set-up and put away afterwards. 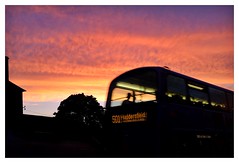 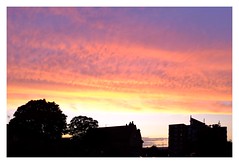 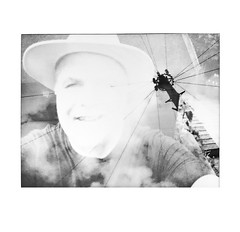