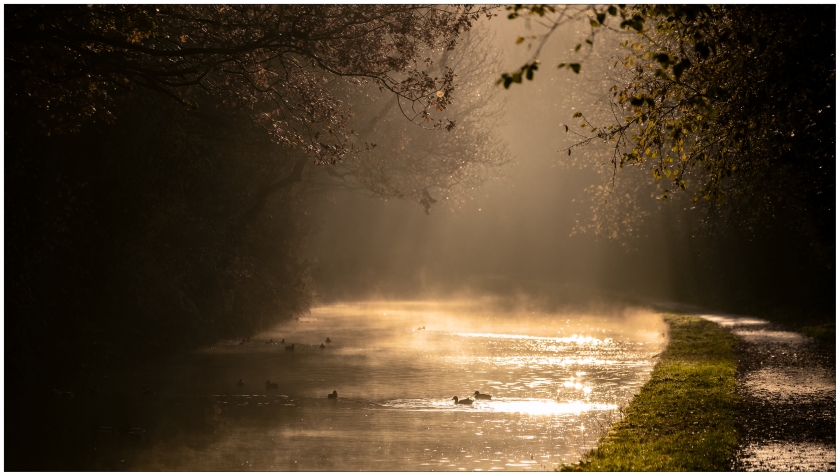 I’ve completed a couple of AV sequences this week and posted them to the SLIDESHOWS page here on my website.

There’s something about getting up earlier than everyone else in the house especially on a Sunday morning. It’s probably my favourite time of the week and knowing that with the exception of six-year old Zac no one will be in a hurry to tumble out of bed and get the day started I look forward to it’s peace and quiet.

It’s a time for reading quietly with a coffee or heading out in the car with flask, camera and drone to see what the dawn has brought. On the odd occasion I will set off pre-dawn and sit and watch the day break. It’s an inspirational time of day and being out early and getting creative early really sets me up for the day. I’ve often snapped my daily 365 offering on a Sunday before anyone else in my family has even stirred.

This morning I feel jaded. A four hundred mile round trip yesterday to deliver Christmas presents to family “down south” has left me at a less than optimal pitch this morning. But I’m still up early, quietly praying that Zac isn’t, but not surprised when he appears next to me with a huge beaming smile, just as I swing my legs out of bed. It’s as if he has me on CCTV! 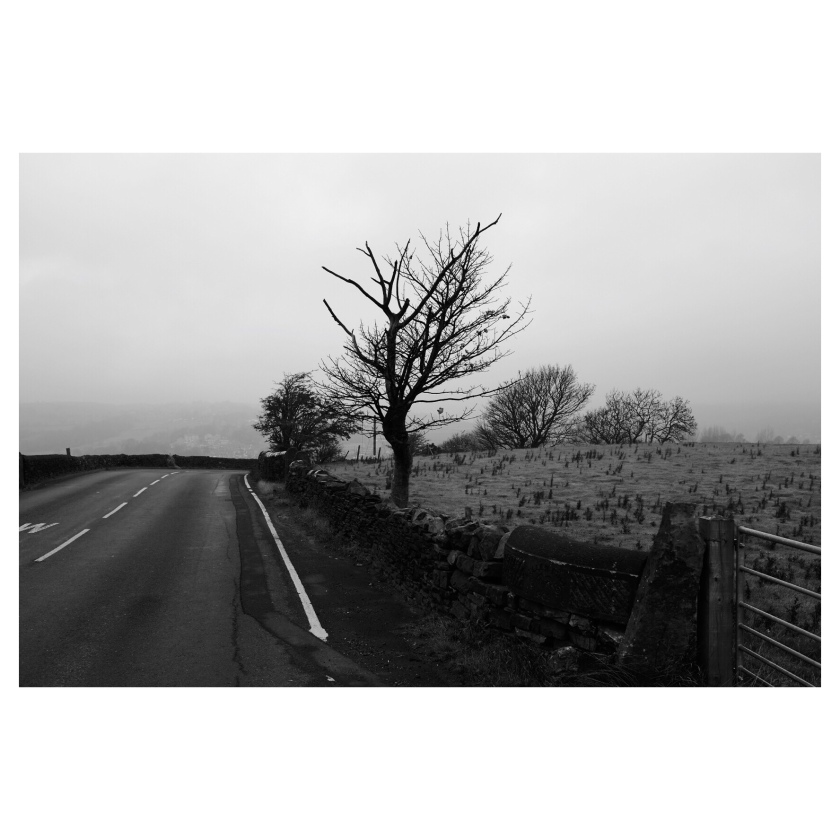 It’s a dull, grey morning. No real mist, just a greyness that seeps into the very bones it seems. I’ve a forty five minute drive to get to the RPS AV Day in Leeds but always leave earlier than I need; partly as insurance against notoriously bad traffic on the M62 but mainly because I know I will want to stop and take pictures at some point.

Sure enough, I’ve been driving for about four minutes and pull over to photograph trees in a field just half a mile from the front door! I’m not packing my full kit today as I expect to spend most of the day inside watching other people’s AV sequences and listening to the guest speakers. So, the much travelled Fuji X100t is taken from my ever-present shoulder bag and whilst it’s fixed 23mm lens is a little too wide for the composition I want I know I can crop in later. I’d normally “crop with my feet” as they say but a substantial wall clearly indicates that I’m not welcome to stray into the field. It’s not a day for cheeky wall jumping either! 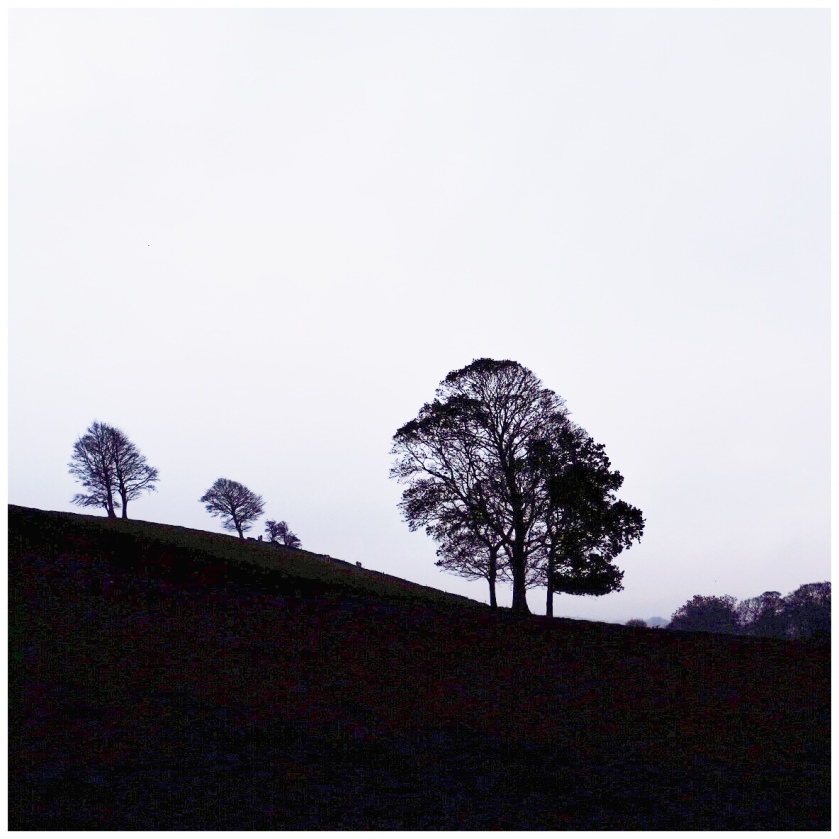 So, with a couple of images in the camera I at least know that my 365 habit will be fed tomorrow when I get a chance to update Flickr with the two images from Saturday and Sunday. I tend to look for an image early in the day even if I’m going out for a days photography. It gives me the reassurance that I have something in hand for my 365 should the day not go as planned. Other days I shoot early because I know I probably won’t get a chance later and this Sunday morning is one of those days.

I’m soon on the M62 however which even at eight on a Sunday morning is busy and heading towards my destination. I dislike driving so take no pleasure in what for me has become a chore; necessary but still a chore.

Ten minutes from the University I’m running well ahead of schedule, even for me. On a whim I drop left onto an unmarked road and to my surprise find myself facing a canal and a handy little parking spot. I knew I’d just crossed a bridge but hadn’t realised it took the road over a canal. My guess is that it’s the Leeds and Liverpool but I will need to check that when I get home. For now I have the pleasure of a fifteen minute stroll alongside the canal and the chance to breath some fresh air before spending a day in a darkened room with seventy other AV enthusiasts.

I do take a couple of snaps with the X100t but nothing serious although I do make a mental note to return on another day for a proper exploration. I’m soon back in the car though and completing the last quarter of an hour in the car. Parked at the university I have time to quickly review the images on my Fuji, reassuring myself that the 365 is “safe” before heading indoors for a coffee and a very entertaining and enjoyable day.

As enjoyable as the day is however the highlight was still the peace of an early morning .

But too often the onset of autumnal colour has brought with it wind and rain denying the weekend photographer and stripping trees and hedgerows overnight of this beautiful seasonal delight, robbing us all of the splendour of this jewel amongst the seasons.

“Thou comest, Autumn, heralded by the rain,
With banners, by great gales incessant fanned”