Just recently I’ve done a lot of walking around my local patch as part of a personal campaign to return myself to full fitness after a year plagued with various different and debilitating ailments. I am a photographer so it was logical that where I went my camera(s) went too. My smartphone goes everywhere with me but when I say camera I mean just that; a “real” camera that has no ability for texting or making and receiving voice calls.

Initially, I prefaced each days walk with a period of indecision debating not which route to take or how far to walk but what camera gear I should take.  If like me you’ve been a serious photographer for many years you will no doubt have acquired various pieces of kit over the years. If, also like me, you shoot both film and digital and are not wedded to one brand then you’ve probably acquired more kit than could feasibly be carried on one trip. So, what to take for my walk along the canal? Or through the woods? Or up the very steep hill to Pinfold Lane? Decisions, decisions. I invariably ended up with a bag full and equally as invariably ended up using just one camera and one lens.

But all that changed last week when I had a minor photographic epiphany. It was raining and I did not have a lot of time because I needed to get back to collect the grandson from school so I grabbed the nearest camera on my desk and legged it. What an eye opener! I hadn’t even stopped to decide what lens to use.  I had a DSLR with a “standard” zoom lens and nothing else. Despite the rain it got used and when I got back home I realised that I didn’t have aching shoulders from lugging a bag full of metal, plastic and glass for a couple of hours.

So last week I went out with ONE camera body and ONE lens. Admittedly on the day I took the infrared-converted DSLR (still with a single lens) I also slipped the EOS M3 in my pocket as I did on the day I tested a newly purchased Canon EOS 300 film camera. But in general the one-on-one approach has been the order of the day.

I did think I’d be plagued with thoughts along the lines of “if only I’d brought the fisheye/wideangle” or “why didn’t I bring the macro/telephoto” but after the first hour I started to embrace the challenge and by the end of the first week I realised I was looking at things differently. On the day I took the macro lens I actively sought suitable subjects and on the day I armed myself just with a 300mm prime telephoto lens I found myself looking ahead more for landscape scenes that would benefit from the impression of a compressed perspective. In short I made myself work with what I had and forget what I didn’t have (which was mainly a lot of extra weight).

The beauty of walking locally, literally doorstep back to doorstep, is I can always return another day.  For example, I have walked the Hebble Trail three times in the last ten days. The first day I went out with a DSLR and standard zoom capturing general views and the wider context. I noticed however several decent patches of bluebells including some atop a wall which I could get underneath and shoot with the sun behind them. Rather than bemoan the fact my macro lens was at home I made a mental note and went back two days later when the weather was similar taking just the macro lens this time. I also ended up going back a few days later with an infrared-converted DSLR having realised the potential of photographing within the woodland that lines the trail.

I’m going back next week with a Nikon F80 and a few rolls of FP4!

So, will I now abandon my full kit when out for a full days photography on Skye or in the Peak District? Absolutely not!  Although I will think more carefully about whether or not I really need everything I’ve packed; my back is after all enjoying the lighter packs. But for my local wanders it has proved to be not just more comfortable but also has made me look harder for compositions and I think has also led me to be more creative. The photograph of a dappled, sunlit bend in the canal with a 300mm prime lens for example probably would not have happened if I’d been using the 24-70 on the camera even if the lens was in my bag.

I’d previously tried the advice of photographic magazines to spend a day with just a 50mm lens on the camera and never really quite got the point. Ten days however of repeatedly doing just that, albeit with different cameras and lenses, has been an eye-opener and for my daily walks over the coming months it’s the way I intend to continue.

Now, what about using a different camera each day for a year? Might be time to hit eBay!! 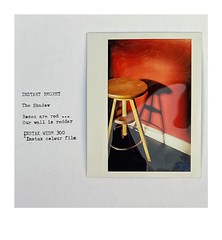 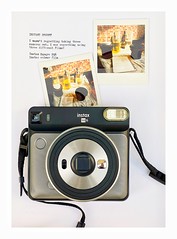 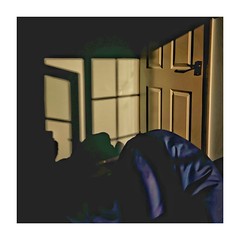