Over the weekend I spent around eight hours, in four two-hour sessions, in the darkroom getting my head around the whole alchemical process again after an absence of more than thirty years. I had been warned that I would be amazed at how little I remembered but I think the amount of reading I did before the weekend was repaid by a very smooth reintroduction and a very satisfying first print.

In particular, the warnings regarding cleanliness and control of dust were well heeded and the first finished print has just one tiny blemish to be spotted out at some point. I clearly remember seeing much more on prints back in the 1980s so I’m clearly being a lot more careful these days. The benefits of my “mature” age perhaps?

One thing I remember as being a total faff was test prints (see above) but the benefit of them became very clear over the weekend. I really can’t think why the teenage me disliked them so much, or at least dislikes them in my memory. The test strip gave me an overall exposure of 12 seconds at f16 although to my eye this gave a much darker foreground than I wanted so again using the test strips to make a judgement the bottom half was held back so it only received 7 seconds. The scan of the finished print is below.

All in all I had a very productive weekend and am looking forward to honing my skills over the coming months.

Following my last post I have now dusted off the developing tank and successfully developed both rolls of 35mm film. Both were well past their use-by date but still gave well exposed, contrasty negatives and it was odd to see images I’d taken a couple of years ago.

I’ve kept careful notes of the processing times etcetera for future reference but everything worked smoothly and I was left with two sets of clean, unstained negatives.

I had such a lot of good wishes from friends via social media in particular regarding my return to the darkroom that I thought I’d share my very first test strips and print with them … but the only way to do so is to scan it into the computer!! Oh the irony!!!

My return to darkroom printing is about expanding my own horizons and skills and I hope to use my darkroom prints for The Postal Photographic Club monthly folios and competitions as well as my own walls.

More to follow including the first test strips and first finished print.

My enlarger arrives Monday. I’ve finally progressed in my photography sufficiently to go back to the darkroom – this time with a Hasselblad 500CN and a Mamiya RB67.

Now that is not something I was expecting to be writing even as recently as 27th September. However, on the 28th, and courtesy of my wife, I achieved a long-held ambition and became the proud owner of a Hasselblad film camera.  Just two weeks earlier I’d been contemplating selling my Mamiya which has languished unused in a box on my bookcase for at least four years.

There is a saying the when life throws you a lemon then you should make lemonade; so applying the same principle, and in short, I am going to shoot film again after many years of being exclusively digital. Over the last weekend I spent a few days in Snowdonia with members of the Postal Photographic Club some of whom still shoot film, a couple exclusively. Chatting to them over dinner one evening I realised that if I’m going to do this then I may as well do it properly so have spent the last few days creating a space in which to establish a permanent darkroom. More on that in a future post.

Whilst clearing out though I found an envelope of negatives and transparencies dating from 2009-2011 and couldn’t resist scanning some of them.  The results exceeded my expectations and I shall be printing some of them (digitally) later to then compare with a darkroom print once I’ve got the equipment set-up and the chemicals have arrived from the suppliers.

Over the weekend I shot four rolls of 120 roll film using the Hasselblad (48 pictures in total) and one roll of 35mm film (36 pictures) using a Pentax ME camera I’ve owned for a while and never previously used. On getting home I found two rolls of exposed 35mm film in a drawer and on inspecting the film magazines for the Mamiya found that one had two frames remaining and the other had four. In total I sent nine films off for developing last week and I’m eagerly awaiting their return. Once I’m happy that the camera is functioning properly I will start to develop my own films again but I want to remove that variable at this stage of the process; I need to know the cameras function properly without wondering if any failures were down to my processing.  I’ve since found two more part-exposed 35mm films in a Canon A1 and Canon EOS 650 which I’ve finished and will use for my first foray into home developing since the mid-1980’s.

So, watch this space and in the meantime here’s a few more scanned images.

I mentioned at the top that I felt I’d progressed enough to return to the darkroom – at least I hope I have! 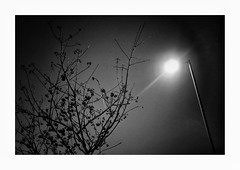 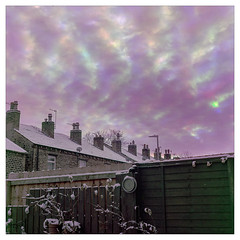 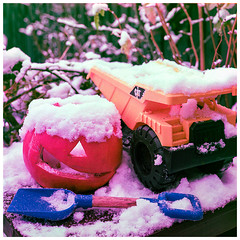