It’s not often I shoot 35mm film these days despite a drawer full of film and twenty-plus 35mm cameras to chose from. However, on a whim, I picked up the Nikon FM2n over the weekend and noticed it had a part exposed roll of film in. It was also fitted with a 24-70 zoom lens I had been sent aa while back but not yet tested so I decided to finish the roll.

Nothing formal however, the live-in grandsons were playing in the back yard, in and out of their paddling pool, so I took a few snaps of them first. When they saw what I was doing they both wanted a go too, so that used a few more frames. Harry then decided to pose; composing a fast-moving, naked subject so as to preserve everyone’s modesty was a challenge. That the lens was manual focus with a sloppy focus ring just added to the fun!

Reaching the end of the roll I decided that, as everyone was outside and the kitchen therefore empty , this would be a good time to develop the film and see what I had. The first surprise was that I had loaded Rollei Retro 100 in the camera. Why that had been so I couldn’t decide and having now seen what the first few frames were I still don’t know why I had a 100 speed film in the camera. I’ve been using Perceptol a lot recently, mainly because I’ve been shooting mainly Ilford PanF+ and FP4+ in my Bronica ETRS but reached for the Rodinal, mainly because I wouldn’t have to make up a new batch of Perceptol rather than any aesthetic choice on this occasion.

After consulting my notes I settled on 13 minutes at 20 degrees C in Rodinal diluted 1+50. The result was, as expected, good negatives with a reasonable amount of contrast. I left them hanging to dry in the bathroom and later in the day cut and sleeved them ready for a proper look on the light pad the following day.

As soon as I placed the first strip on the light pad I knew that all was not well. I had a good range of tones and the negatives were not overly contrasty so I was confident that they would print well in the darkroom. They also scanned well it turned out. Even from inspecting the negatives however, I could see immediately that the lens was, to say the least, a little “soft”. Excluding the frames ruined by camera shake (due to the low shutter speeds the 100 film required) and the erratic mobility of my subjects, very few of the images were the crisp, sharply focused negatives I had expected. That was disappointing especially as there appeared to be some nice images at the first glance of the still-wet negatives the afternoon before. But not the fault of the film.

So, frustrations with the now-discarded lens aside, what did I make of the out of date Rollei Retro 100 (also known as Agfa APX 100)?

Despite the film being out of date, I made no compensation in respect of exposure, mainly because I didn’t know what film was in the camera and the ISO dial was set to what I realised afterwards was box speed. I liked the “look” of the images from the film, although defining “look” is a futile exercise as it will vary from person to person. The grain is very apparent in these negatives but I don’t mind that at all; as someone who used to regularly shoot Kodak Tri-X at 6400 ISO in the 1970s I’m used to a bit of grain! Purely digital shooters with no history of working with film will probably be horrified at all the “noise” however.

It‘s a thumbs up therefore from me. I shoot mainly 120 film and my emulsions of choice are Ilford PanF+ and HP5 but I would not be averse to putting a roll or two through the Bronicas if the subject was right. 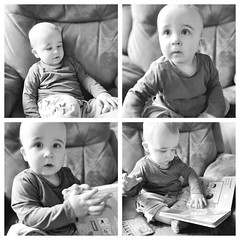 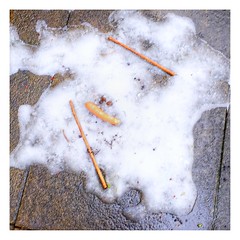