I’ve added a new page to the blog, the first new page for a long time. It can be found in the menu bar labelled Slideshows/PTE. As the label suggests it is a repository for all my slideshows including those that I do not feature in a blog post. For me it will give a chronological record of my progress using Pictures to Exe.

For now here’s the latest slideshow to be uploaded to Vimeo, it’s exactly 2minutes 30 seconds long so not too much of your time:

Looking through my images from the first half of 2017 I realised that I produce a lot of square compositions across a wide range of genres. So what better way to practice using some of the techniques I’ve learnt this week than by producing a four minute slideshow with which to showcase them.

Square (Pictures to Exe) from Dave Whenham on Vimeo.

For those with Windows wanting the full PTE experience the file can be downloaded from my media fire account.

I have decided to use my Vimeo account purely for my Pictures to Exe experiments and to use YouTube for my other videos and video diaries. Quite a few AV producers that I follow use Vimeo so I’m hoping that by being there I may see a little more “traffic” to my own PTE offerings.  I can be found at https://vimeo.com/user10575556.

I am currently working hard at understanding the audio-editing capabilities of PTE as  the next stage in my development as I see it is fitting the transitions between slides to the flow of the music. There are a few “good” examples in my current PTE offerings but I could do a LOT better I’m sure.

For the Piece Hall slideshow I opted for a faster pace compared to my earlier offerings. It worked in parts but in places there was simply too much movement. I produced a re-worked version to see for myself how small changes could make a difference and was pleasantly surprised. Another thing on my to-do list is to find out how to make these reworked versions available online without cluttering my Vimeo account with various versions.

EDIT: if this has worked here’s the link to v2 of the Piece Hall video (Windows only).

Shot over three days and using a mixture of video from the Fuji X-T20 and Mavic Pro, stills and time-lapse sequences together with a slideshow finale prepared in Pictures to Exe this video records three days of very trying weather and light!

I have been a stills photographer for many years but as my reader will know I have only started to make the transition into videography in the last few months. For this video I have decided to move away from a scripted voiceover (my wife said I sounded too “posh) and try to record a more spontaneous narration whilst out taking pictures.  Audio recording is a big challenge for me however and this video mixes two sources of voice-over/narration. The first is the iPhone and the second a handheld audio recorder (Zoom H2n) with a Rode  microphone. To me there is no doubts as to the first choice audio capture moving forward.

The usual YouTube link below but at the foot of the post is the link for an alternative version on Vimeo which I actually prefer.

Music: “On hearing the first cuckoo of Spring” by Frederick Delius

Audio visual slideshow from a day out in Hartlepool in August 2016 created using Pictures to Exe on an iMac running Parallels.

Back in August 2016 we spent a couple of days in Hartlepool, meeting up with family. My original intention was to combine video and stills and create a short video to record our day out. I was in one of my regular phases of wanting to try my hand at video making and was full of enthusiasm for the two days I was shooting video and stills. Back home though I didn’t follow through so the files languished on my hard drive until this morning.

Back in August 2016 we spent a couple of days in Hartlepool, meeting up with family, but I did take a camera. We took a trip around the historic quay and its collection of fascinating dioramas and then wandered to the marina.  My original intention was to combine video and stills and create a short video to record what we had seen. I was in one of my regular phases of wanting to try my hand at video making and was full of enthusiasm for the two days I was shooting video and stills.  Back home though I didn’t follow through (for so many reasons and excuses) so the files languished on my hard drive.

A few months later I had cause to investigate Pictures to Exe (PTE) for a club project but despite buying the software I never really got far with that either mainly because of frustration with a slow to senile laptop.  As I posted yesterday though I have in the last few days managed to get PTE running on my iMac and have even created my first audio visual slideshow with the software.

OK, this is a very simplified workflow and there’s lots that go into most of the bullet points but I like to be organised and knowing how I’m going to be managing a project helps me to make best use of time.

One thing that is clear to me is that running PTE to create what are effectively slideshows is a better choice than using Final Cut Pro (FCP). Not only is FCP a bit of an overkill but PTE is designed for one purpose and does it superbly well once you understand the principles. Some principles, such as using marks for the start and end points of transitions, are very similar and the logic learned in FCP is readily transferable to PTE.  I can see me using PTE to create the slideshow elements of my video diaries for example which I will continue to create in FCP.

Getting to grips with video and FCP has given me the impetus to explore the use of movement in my photography more and takes me back to the 1970s when I dabbled in audio visual using slide transparencies and two slide projectors. I will post the Hartlepool slideshow in a separate blog post once I’ve tidied it up.

Pictures to Exe (P2E) is a photo slideshow application developed by WinSoft Ltd exclusively for the Windows operating system.  It’s been the go-to application within the audio visual world for many years now.  But what if you use a Mac? There are plenty of workarounds to be found on the Internet but to me they all seem to need a degree of techy skills that I lack if one was going  to realise the desired outcome.

Despite an expectation that v9 of P2E would work natively on Mac that unfortunately didn’t transpire so no reason for me to upgrade of course. I use v8 of the software on a Windows laptop and really miss the speed and convenience of my Mac; my laptop is snail-like compared to the older iMac. I also have to copy image files and other resources across to the laptop with a USB stick when using P2E.

Although I knew it was possible I had been loath to look into running Windows on my Mac fearing, as I mentioned above, that it would be complicated and might compromise the smooth running of my other applications but frustration with the laptop finally led me to take action. Speaking to a more technically-minded friend he recommended a program for the Mac called Parallels and as I had a Windows 7 disc from my days as a Windows user lurking in the back of a cupboard I parted with £50 for the Parallels software.

Back at home, sat in front of the computer ready to begin the installation I was expecting some serious stress so I settled down with some soothing background music, a mug of black tea and a packet of chocolate fingers.

Having downloaded the Parallels software and started it running I settled back to wait but it almost immediately asked me to put the Windows operating system disc in the CD drive which I did before even opening the biscuits. I didn’t actually time the operation, I was expecting to measure it as in afternoons not hours and certainly not in tens of minutes but imagine my surprise when it announced it was complete and I’d barely got half way through the mug of tea.

It really was that quick and straightforward. I felt somewhat cheated and had only eaten a couple of the chocolate fingers too. And P2E worked!

I’ve been using it for a few days now and have not noticed any performance issues from the Mac. I only run Parallels when using P2E and am astounded at how well it integrates with my Mac. I can prepare all my resources using the Mac as normal, particularly the Adobe Creative Cloud applications, save them as I would usually , where I would usually and they are available immediately from within the Windows environment.

So if you run a Mac and have been wondering about the ease of running your Windows programs I can attest to the efficacy of this solution. Truly the best of both worlds.

ps: because of the aforementioned speed issues with my Windows laptop I’ve never really got to grips with Pictures to Exe. I’m currently giving myself a crash-course in its use and hopefully the first test AV will be on YouTube later today. 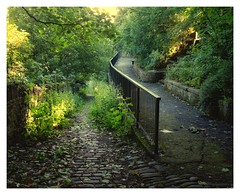 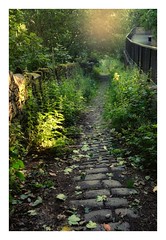