It’s drizzling this morning. That fine, almost unnoticeable kind of rain that leaves you soaked in under ten minutes. The sky is like a huge soft box; white, tending towards grey, unbroken cloud lining the heavens and ensuring that there are no places for shadows to lurk. It’s a lose-lose situation for the photographer. Everything is dull and uninspiring, colours seem to be hiding, shyly withholding their colourful bounty. The contrasts between light and shade, the black and white photographers stock in trade, are barely noticeable.  In short, a morning that will be challenging for both colour and black & white practitioners of this dark art we call film photography.

It’s also the first day this week when I’m free to indulge my hobby and get out with a camera and a roll of film.  There’s something special in getting out with a camera especially these days when we’ve spent so long confined to our houses. As a result even a wander around my local patch, something I’ve been restricted to in many ways, is still a pleasure.  Whilst I was “shielding” I didn’t leave the house except to sit in the garden. Four months, which could have been a nightmare, but were not thanks to my hobby. Since Lockdowns have eased and then subsequently been lifted I’ve made a few trips outside of the area but photography has still been largely confined to a one or two mile radius of my front door.

Returning to my four months confinement. Four months in which I actually bought a new camera kit despite not being able to get out and play with it.  I spent the time instead playing with apples and pears, photographing them using window light on my new-to-me Bronica medium format kit and even making the effort to set up the monorail large format Calumet camera.  I even made some darkroom prints, something I don’t often do outside of the Winter months.  Determined not to be defined by my incarceration I actively looked for things to do to keep me active, to keep me interested and to keep me from getting down in the dumps. I bought some black and white toners and played with those. I decommissioned the darkroom in my cellar and relocated it to my study taking advantage of the growing number of places now willing to deliver almost anything including large sheets of MDF.

Freed from the shackles of confinement I bounded out of the door every morning with a camera and a roll or two of film and became better acquainted with my local patch.  With families not allowed to mix and my live-in daughter furloughed my child minding services were not required. For the first time in years I was free to do what I wanted. And I did.  I discovered an aptitude for urban photography hitherto hidden from me. The very ordinariness and familiarity of my surroundings made me work harder and with this came the rewards associated with working harder.   A few months later I was to discover the world of swing-lens panoramic cameras but that’s well documented already.

But, back to today. It’s an hour later and I’m sat in a local cafe enjoying a Full English with a mug of strong, black tea. It can truly be called builders tea not least because most of the clients this morning are from a couple of local building sites.  The light has changed, it’s one EV brighter, but other than that it’s still the same.  The drizzle hasn’t abated and the pavements have a dark sheen, damp but not yet wet enough to provide reflections and the opportunity for the canny photographer to make images from these.    It’s sat here, that those months of walking the streets around my home looking with fresh eyes at familiar places, starts to repay in spades.  I’ve a plan and a pinhole camera, a roll of Fomapan 100 and a mini tripod.  All I lack is the cable release that will help keep everything stable with exposures in the minutes.

Breakfast eaten, tea drunk and the bill paid I’m back on the streets again, armed only with a pinhole and a roll of film I’m ready to take on the day!

One thought on “It’s a hobby!” 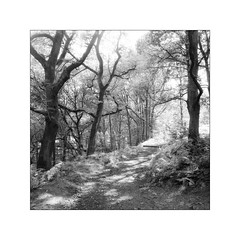 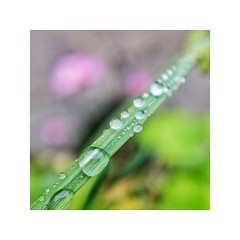 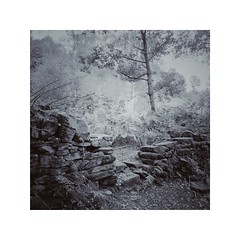