Well, it’s been a bit of a challenge keeping this project alive through various family members illnesses, the hospitalisation of one daughter through meningitis and my own near-hospitalisation with a very nasty chest infection which needed steroids to help me breath properly. There have been times in the last ten days when I thought the project would founder, not least when I was ordered to bed for two days and have so far been subjected to five days confined to the house. But as you will see we have not yet failed!

63-2017-38 was taken a day or two before my own illness knocked me over. Amanda and I popped out for an hour to relax with a nice meal and a couple of lemonades (yes, really) away from hospitals and the noise of our very busy home.

The Fuji X100T is proving to be a big component in the 63-2017 challenge with over a third of the images to date having been produced with this little machine.

Being a former analyst I still enjoy playing with statistics and numbers generally so it won’t surprise those that know me to learn I have a spreadsheet that not only records all the daily images but categorises them by genre, camera used and whether colour or monochrome. What will surprise many is that only around 20% of the entries to date are in black & white which is totally opposite to my usual output when not looking for an image-a-day. Perhaps my “normal” life is lived in colour and my “serious-photographer” life is a black and white experience?

63-2017-39 is one of those rare mono images. I have shot a couple of images from this location earlier in the project emphasising the colour but as the warm autumnal days are giving way to cold, wet winter days I felt that mono was a better way to show the mood.

this cold but bright morning and was therefore at hand to capture the play of light and shadow caused by the sun slowly rising over the town centre. This dingy alleyway between an abandoned factory and the local chip shop backs onto the rear of Dobsons sweet factory so it is often filled with an enticing aroma of boiled sweets and Yorkshire Mixture that belies the grubby and undeniably unpleasant visual experience of being in the alleyway.

63-2017-41. This blackbird appears in our front yard every day at the moment often spending time perched on the wall or gate when not scavenging for food on the ground. This image marks the start of me not being able to get out and about everyday although is four days before I was confined to bed. I just like the colours and the warmth so whilst it may not be the best natural history shot ever, and it was taken from my front room looking through the double-glazed window whilst shooting into the low winter sun, it is still a pleasing addition to the project.

63-2017-42 well, Christmas is just around the corner, and the tree did go up today so I couldn’t resist a cheeky snowman shot with some pleasingly out-of-focus tree lights in the background. Sometimes you’ve just got to do these things!

63-2017-43 brings us to one of my regular child-minding days and we’ve seen Ted previously in this project. I like the simplicity of this which is virtually SOOC with just a small amount of additional clarity around the eyes to help them pop in the final image.

63-2017-44    Yes, the blackbird is back again! Still looking away from me out towards the road but I did manage a little bit of light on his eye. This was taken earlier in the day than number 41 so the light is to our left rather than directly in the line of sight.

So, a slightly longer update than previously with nine days worth of images captured. I loaded this up to the Flickr album in two batches during that period and I have noticed that I have rarely posted my images to Flickr daily over the course of the project. Something to think about as I get ever closer to 365-2018 I think! 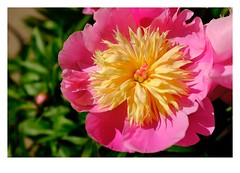 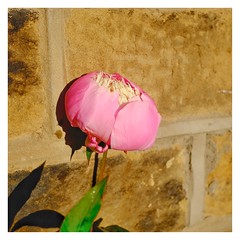 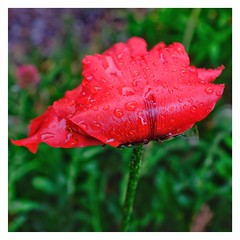