So week three is complete and there are now 22 images in the Album, but only because I actually posted Monday’s image on Monday!

It’s been an interesting week all told and there are several images that would never have been made without the focus of the 63-2017 Challenge.

63-2017-16. This was pre-planned although the timing of the train was serendipitous. I had this image in mind a few days earlier and so was hoping that the light that morning would work as I had a hospital appointment at 7.45am and the hospital is literally next to this bridge. On the morning I got to the bridge at 7.20am and conditions were perfect. I took a couple of images and was pleased with the way the rails stood out. I experimented using the various Fuji Across simulations before settling on Acros(R). I had twenty minutes in which to shoot and got this at 7.37am, just three minutes before I needed to leave for my appointment. I was pleased with the shots without the train, they were what I’d been after, but was more than happy to take this opportunity.

63-2017-17. This was not planned as such but it was the result of a positive decision to find an image in the location. The road leads to a local garden centre and I’ve driven it many times. My go-to position in the garden centre is the cafe where I sit with a coffee or three and a good book whilst Senior Management shops. I have never bothered to step outside and see what photographic potential the location offered – until today.

A pleasing autumnal image and one that would never have come about without the 63-2017 Challenge as a focal point.  Looking back over seventeen days I was chuffed at how many images were there which would not have been created without the project to encourage me.

One of the main concerns I had when I committed to the project was Thursdays. I have Ted every Thursday, all day, and at just three years old he can be a handful. The first week I took his photograph but I was conscious that I didn’t want every seventh image to be one of Ted.

On this Thursday morning I put a DSLR with telephoto lens on the settee and whenever I was in the room kept an eye on the hedge in the front yard for any birds that might be tempted by the various feeders in the bushes.

I was collecting grandson from school and had noted the light on the fence and upper stories of the houses and liked the contrasts. My camera was, as always, in my pocket but when I took it out to take the photograph – no life in the battery!

My phone had to suffice but I still got my shot. These sort of everyday, almost mundane, scenes are what make up most of our waking moments so I think they are worth preserving. The “wow!” scenery or architectural images,  reflect what is often a unique experience within this myriad of quieter moments. Whilst this won’t win any awards or plaudits it is every much a part of my photographic life as the Lone Tree on Llyn Padarn at sunrise.

63-2017-20.  It was the potential in the background that drew my eye, I took some images without the twig as a focal point too but chose this one as the twig gave context. Just proves you don’t need to wander too far for some interesting photography – these plants are growing against the front wall of the house!

Guess where I spent Sunday … it wasn’t out taking pictures! Part of the 63-2017 series.

For more about this particular day, see the blog post on the RPS Great Yorkshire AV Day.

This was, literally, the only image I took that day but it was taken specifically for this project. I suspected my opportunities for photography would be limited and therefore popped my X100t in my pocket intending to grab a shot from the lecture room which is what I did.

63-2017-22. Elland Woods, pouring with rain but my seven-year old shower cap still keeping the lens and most of the camera body dry. I was drawn to the soft feel looking through the trees.  I really struggled to decide which of two images to post as todays entry into my 63-2017 series.  I’ve posted both to my Flickr portfolio and labelled the other image as 63-2017-22(A), the “A” standing for  for alternative.

I get the impression from the 365-2018 Group page that they prefer images uploaded on the day they were taken so I’ve tried to do that over the past week. Most of these were therefore posted on the day with the exception of  #21 which went up on the following morning. 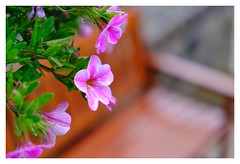 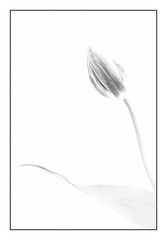 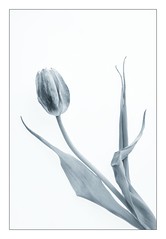