My grandson recently came downstairs one morning and when asked what he’d like for breakfast replied “McDonalds please”. Now it’s usually porridge or his current cereal of choice, occasionally pancakes but never, until last week, a McDonalds.  But why not! So into the car and off to breakfast. 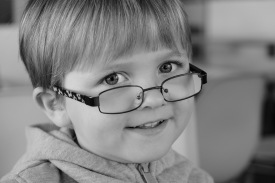 Now I’m not a fan of the McD breakfast experience so grabbed a camera as I left the house. In keeping with recent practice (see this post) it was the first camera and lens I laid my hand on.  So it was that whilst Zac tucked into pancakes and syrup I played with the Fuji X-T10 and 18-55 “kit lens” that featured in an earlier post.

Initially I took some pictures of Zac which I immediately sent to family members using the inbuilt wifi capabilities of the Fuji and my iPhone. My attention then wandered to the other diners in the restaurant as the following images show.

I hadn’t really thought of the X-T10 for candid photography; it isn’t completely silent (unlike the X100T) and is also a little bulkier. However, it worked well in this setting. The first two above were not likely to have been noticed by the subjects given one had his back to me and the others are the other side of the room with two glass walls between us. However, the couple below were sat at the next table and no more than six feet away.