Working with another artist, particularly from a different discipline is a useful way to develop and broaden ones artistic skills. In 2013 I embarked on several such collaborations. One has resulted in the book In the Studio and another is shown here.

This was produced as part of a collaborative project with Denise Taylor, a poetry student at the OCA, who produced a series of poems based on a set of my photographs. My processing of this original (infrared) image was inspired by my “take” on the image which was a rather psychedelic, fantasy world – candy floss boats on a marshmallow shore vision. Very much a Beatles-LSD-esque piece of imagery borne out of reading far too much fantasy and sci-fi in my impressionable teenage years no doubt.

Denise’s response however (see below) has an environmental resonance, a nice twist and something that Fay Godwin (one of my photographic heroes) was passionate about and is starting to creep into my more recent non-IR work. It has that apparent simplicity that belies a very clever construction and I really like her interpretation.

Here is a boat without any oars
And a river of rippling ink.
Here acid water laps alkaline shores,
And poison is pretty
So pretty in pink.
You’ll find no safe harbour
No berth and no jetty,
This place is no Eden
despite what you think.
We buried our waste in the
deep silent silos,
And poison looks pretty,
So pretty in pink. 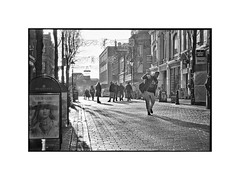 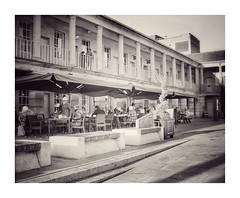 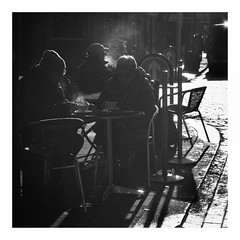